Announced a few days ago, the 7.14 version includes a new cool feature : Now, you can really manage the disaster recovery of a XenApp environment!

Before 7.14, the only setting available to manage the load throttling was this one:

You can control the number of pending logons a server delivering Server OS machines can concurrently accept by setting the Concurrent Logon tolerance. This helps avoid server performance problems.

The Concurrent Logon Tolerance setting is equivalent to Load Throttling in XenApp.

Like I described during E2EVC events in Sydney and Tokyo, in case of an active/active DR scenario, if one of the site goes down and users try to reconnect massively, the second site will die due to the load that can’t be handle by the remaining server.

This is why, I’ve created an enhancement request through the Citrix support team, and here we are! There is a new feature in the product!

At present, the feature is not exposed in the graphical interface and should be set on all of your Delivery Controllers through a registry key

The registry value is the following:

In order to enforce the Concurrent Logon Tolerance setting, the value of this DWORD should be set to 1.

Here is the .reg file to configure the enforcement:

After that, the user who tries to connect during a high load, will not be able to logon if there is already enough “inProgress” session on every available server in the selected Delivery Group: 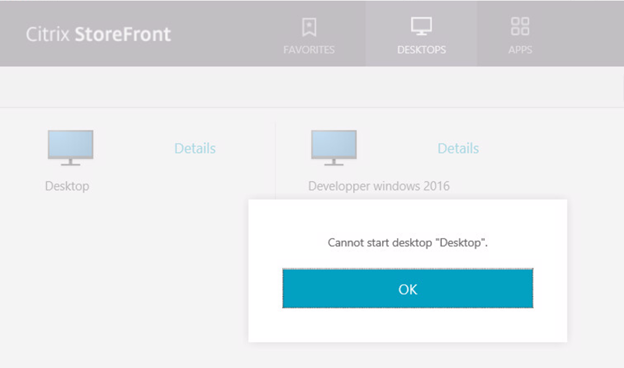 A warning event is created in the broker application eventlog: 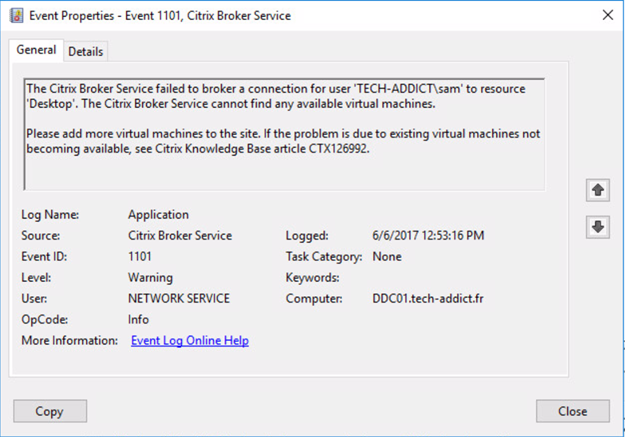